Soon after the adoption of the constitution of India, the Assam Acquisition of Zamindaries Act, 1951 was enacted. It came into force on the 15th of June, 1954 in the permanently settled Areas of Goalpara, Garo Hills and Cachar Districts. Infact, Assam was one of the pioneering states to legislate in the field of agrarian reforms and development.This piece of Legislation is covered by Article 31-A of the Constitution of India which empowers the Government to frame laws providing for acquisition of any estate or of any rights therein, among other powers.

The basic purpose of the Act, as given in the preamble, was to acquire the rights and interests of the proprietors, tenure holders and certain other interests in the permanently settled areas in the Districts of Goalpara, Garo Hills and Cachar. This piece of legislation, which heralded a new era of Progressive Land Reforms, was enacted with the aim to acheive the following ultimate objectives:

The acquisition of Zamindaries as provided under this Act, was made in two stages. The first stage relates to the acquisition of proprietory rights in the erstwhile Goalpara District ( which is now partitioned into four districts of Dhubri, Kokrajhar, Goalpara and Bongagigaon). Six major Zamindaries embracing 19 estates were acquired and vested in the State between 1954 and 1957. The total area acquired is 615425.07 Hect.

In the second stage, during the period from 1954 to 1972 the rights and interests of the intermediaries- Jotedars, Dar Jotedars commonly known as tenure holders were acquired as a result of which the tenants were placed directly under the Government.

In the Krimganj Sub-Division (originally under Sylhet District; was made a Sub-Division under Cachar District after the partition, presently a District since 1st July, 1983) there were P.S. areas to the tune of 2,07,033 acres (approx. 323 eq. miles) covering 4732 Nos. estates and 563 Nos. of tenures spreading over 276 villages.

It was observed that estate and tenures acquired in the Karimganj Sub-Division were smaller in size compared to those in the Goalpara District.

The Scheme of the Act provides for the following: 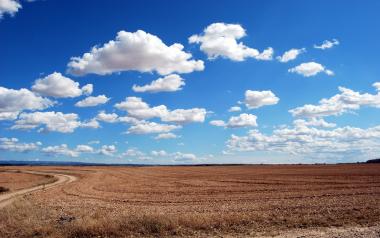