The Assam Fixation of Ceiling On Land Holdings Act, 1956 (as amended) came into force with effect from 15th February, 1958 in all the Plain Districts of Assam. The level of Ceiling was 49.05 acres plus allowable areas for orchard up to 9.00 acres. It was applicable in Agricultural land. The term of agricultural land as defined in the Act includes hortiulture, agriculture, pisciculture, animal husbandry and other allied purposes.

The Act was amended on 22nd March, 1971 and the level of Ceiling was reduced to 24.50 acres plus 9.00 acres for orchard. With the inclusion of Company, Corporate Body with the meaning of persons by the amended Act, 1971, the excess land of Tea-Gardens also came under the purview of the Land Ceiling Act. The same amended Act also defines purposes of ancillary to Special Cultivation of Tea which the State Govt. may allow for ancillary purposes and increase in area for future cultivation of Tea.

The level of Ceiling was further lowered to 16.33 acres for agricultural land plus 1.32 acres allowable for Orchard with effect from 13th October 1972 by virtue of Amended Act of 1972.

The Ceiling Act was further amended in 1976 in order to expedite the finalisation of Ceiling and to acquire excess land.The Amended Act, 1976 came into force with effect from 3rd May, 1976.

As per provision of Amended Act, 1976, the procedure for acquisition has been simplified, the scope of filling objection was reduced from 30 days to 15 days. The procedure for serving notices has been modified making it incumbent on the objector to ascertain the date of hearing. The Amended Act, 1976, empowers the Collectors to acquire the excess land by publishing the Final Statement as against the earlier procedure for publication of Notification by Government in the Official Gazette.As a result, more areas have been acquired under the Ceiling Laws.

As per the pre-revised Act, 1956, no benami transfer made after the 12th day of November, 1955 was taken into account in determining the Ceiling limit into which the transferer was entitled to hold land and in such cases the limit of excess land of the transferer is determined as if the transfer has not been taken place. The provision was further enforced in the amended Act of 1971. If any person transferred or partitioned any land after 1st April, 1970 in contravention of the provision of the Act, then the area transferred or partitioned, is taken into account in calculating the area which the person is entitled to hold and the land exceeding the area so calculated is determined as excess. If, by reason of such transfer or partition, the land of that person is less than the area as calculated, then all his land is taken to be surplus.

The mandatory provision of the Ceiling Act prohibiting the sales, mortgage and transfer of land have been fully implemented in determining the Surplus Land.

The Ceiling Law has empowered the Collector (Deputy Commissioner or any other Competent Authority appointed by the Govt.) to take over possession of the excess land which has not been indicated to be retained by the on the basis of the Return submitted by the Land Holder. In case, no selection has been indiacted in the Return, the Collectorvhimself may select the land to be taken over. If the Collector is opposed or impeded in taking over possession, under provisions of Ceiling Laws, he may use such force as may be necesssary to eject any person from the land declared as Ceiling Surplus Land. 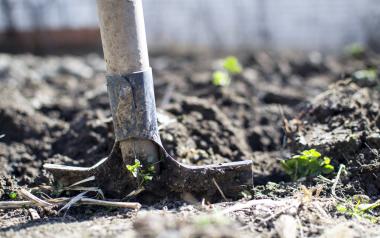